Tu Duc Tomb – The impressive construction of the Nguyen Dynasty

Tomb of Tu Duc is often called Khiem Lang. This is one of the historic monuments belonging to Hue ancient vestige complex. It was recognized by UNESCO as a world cultural heritage on December 11, 1993. Tu Duc Tomb is the burial ground of the 4th emperor of the Nguyen Dynasty. That is King Tu Duc or Nguyen Phuc Hong Nham. He ruled for 36 years from 1847 to 1883. Besides, he was also one of the kings to hold the longest throne in the Nguyen Dynasty.

According to historical records, since the Nguyen Dynasty adopted the rule of feudalism, the first son of King Thieu Tri, who named Hong Bao, automatically became the successor. However, due to limited talent, arrogant temperament, Hong Bao was removed from Tiem throne. Hong Nham, who was the second son of the king, was promoted to the throne. And he called himself Tu Duc.

King Tu Duc, who loved the people and the country, was the longest ruler among the 13 Nguyen kings. He was portrayed as a talented poet but physically weak and pessimistic.

In the context of difficult society at that time, brothers fight for the throne. Because Tu Duc himself was in poor health, King Tu Duc ordered to build the tomb. This place became the second palace for king to drain grief and prevent a sudden departure. When the tomb was built, it was called Van Nien Co. But after the Chay Voi uprising, King Tu Duc changed the name to Khiem Cung. Finally, after the king’s death, they called it Khiem Lang.

Tu Duc Tomb is an ancient architectural complex located in a narrow valley in Duong Xuan village. But now it is in Thuong Ba hamlet, Thuy Xuan ward, Hue city.

In 1864, the Tomb of Tu Duc was started construction with 50,000 soldiers involved.
In the 19th year of Tu Duc (1866), due to the extreme misery of the construction of Van Nien Co, a force of soldiers and civilians who built the tomb rebelled. Although the uprising was suppressed, due to this incident, the king had to change Van Nien Co’s name to Khiem Cung and write a sympathetic speech to apologize.
In 1873, they completed Khiem Cung.

3. The location of Tu Duc Tomb

This place is located in Thuy Bieu Commune, Hue City, Thua Thien Hue Province. They built the mausoleum in a very peaceful land and in a narrow valley in Duong Xuan Thuong village.

With the elegant architecture of Tu Duc Mausoleum, a beautiful picture of water color has been created. Tomb of Tu Duc had been on the list of the most beautiful architectural works of the nineteenth century.

This place is 6km from Hue city to the southwest. If traveling by motorbike or self-driving car, you can move to the South on Hoai Thanh Street, then turn right to Nguyen Trung Ngan Street. Running another 160m, visitors turn left to Huyen Tran Cong Chua street.

Emperor Tu Duc’s mausoleum possesses an area of ​​nearly 12 hectares, 10 times than King Gia Long’s tomb. The layout of the tomb includes tombs with about 50 large and small structures. In addition, all of these buildings which belong to the Tu Duc mausoleum were accompanied by the word “Khiem”.

This place is one of the most beautiful architectural works belonging to the architectural complex of the tomb and palace of the Nguyen Dynasty in the ancient capital of Hue. Following the stains of time, many buildings here have become devastated. Additionally, the architectural lines faded but still possess a regal architecture.

Khiem Cung Mon is one of the two-storey gazebo buildings for the king to rest whenever he comes here. In the middle is the Hoa Khiem palace, where worshipping activities to the king and queen are taking place nowadays.

Luong Khiem Palace is located behind Hoa Khiem Palace in Khiem Cung Mon. Formerly this place was originally the king’s resting place. But after that, this place was used as a place to worship the spirits of Mrs. Tu Du and the mother of King Tu Duc. On the right of the main hall is On Khiem Duong, which is also the place to store utensils.

Located on the left side of Luong Khiem palace, it is where the king watched and sang. This theater is one of the oldest theaters in Vietnam today. Most of the walls or empty pillars are elaborately carved with prominent patterns. Nowadays you often see the old style through the pictures of beautiful wooden setters.

Tinh Khiem Island is the land which used to grow flowers and raise animals. This is the place where the king often visits to enjoy ornamental flowers, recite poetry, read books. In addition, it has three bridges connecting to pine hills.

The tomb area is right behind the mausoleum. The first is Bai Dinh with two rows of statues of martial arts officials to serve the king across the world. Next to Bai Dinh is Bi Dinh, which has a stone tablet of Thanh Hoa weighing up to 20 tons with the inscription “Khiem Cung Ky” written by the king.

Moreover, on the hill lying on the other side of the stele is the Buu Thanh semicircular lake which was built with bricks. And in the middle is the tomb of King Tu Duc built on 3 floors of stone bar.

In addition, a special unknown area in this complex is Boi Lang, the resting place of King Kien Phuc, the 7th king of the Nguyen Dynasty. Tu Duc Tomb attracts a large number of tourists thanks to the beauty of the fairy which lulls people to the natural world.

You can view more articles about traveling to Vietnam and explore more famous places such as Minh Mang tomb and Hue imperial city. 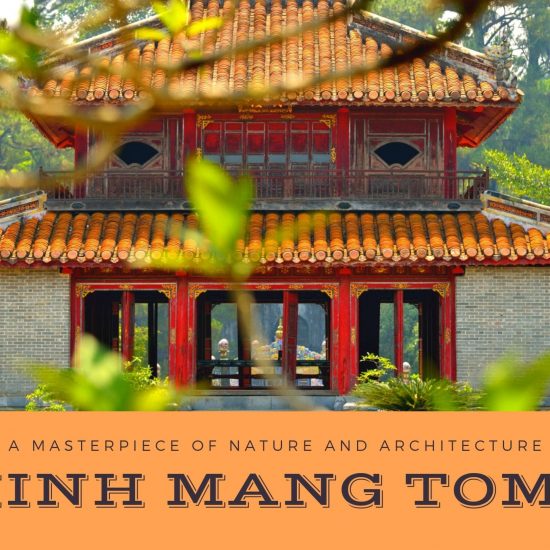 Minh Mang Tomb - A masterpiece of nature and architecture 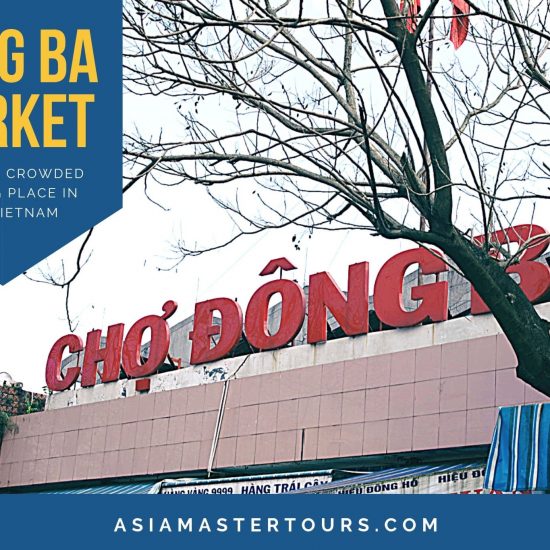