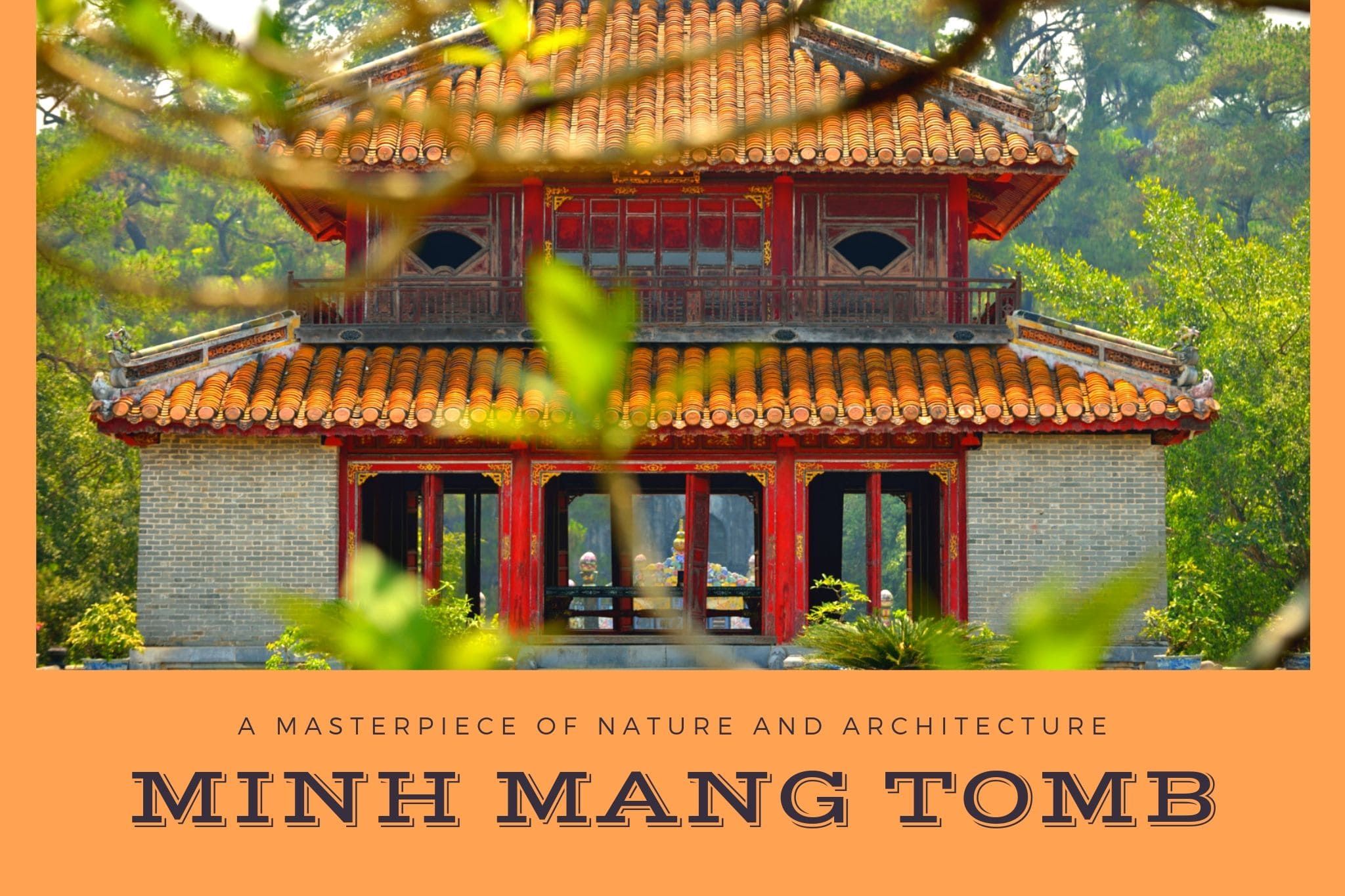 Minh Mang Tomb – A masterpiece of nature and architecture

Coming to Hue, any tourist remembers the vast and ancient tombs. One of the most attractive tombs is Minh Mang Tomb. This is a project bearing the imprint of traditional architecture of the country.

1. The history of the Tomb of Minh Mang

Every Nguyen Dynasty king nurtured his tomb. King Minh Mang is no exception. After a period of searching, in the summer of 1840, the construction of Ming Mang Tomb was started. Until 1843, after two years Minh Mang died, the tomb was completed. Currently, the Tomb of King Minh Mang is located in Cam Ke Mountain, Huong Tho Commune, Huong Tra District, Hue. Besides, it is near the Bang Lang T-junction, where the Ta Trach and Huu Trach intersection form the Huong River running through the citadel Hue City. The mausoleum is about 12 km from Hue city.

As the main gate of the mausoleum, there are 3 paths with 24 nice roofs. The gate is only open once to bring the king’s coffin in. to go through the two side paths, Ta Hong Mon and Huu Hong Mon. Dai Hong Mon was built according to the typical architecture of the three-time gate of the Nguyen Dynasty. The roof is curved creating images like lotus petals that open wide. The gate is painted in red, symbolizing the life and longevity of the Nguyen Dynasty.

It is a large yard behind Dai Hong Mon with two rows of mandarins, elephants and horses and on Phung Than Son hill. Inside there is a stele “Thanh Duc Than Cong” written by King Thieu Tri on the history and merits of his father. Bi Dinh was built in the traditional architecture of the Nguyen Dynasty. 2-storey roof set showing the yin and yang element.

The mausoleum is a place of worship of the King, including Hieu Duc Mon, Sung An Palace, which are covered with fragrance. The place to worship the king has dragon decoration. The tablets of kings and queens are here based on the principles of left and right. In front of the deck is the floor. This temple was restored and in 1990.

Minh Lau is a 2-storey square building with 8 roofs located on Tam Dai Son hill, behind is a flower-shaped Tho garden symmetrically across the Shinto road.

Located in the middle of Tan Nguyet Lake in the shape of a new moon, crossing the Smart Chinh Truc Bridge, the king’s resting place in the middle of a hill named Khai Trach Son is limited by the Buu Thanh circle. Emperor Minh Mang’s coffinwas brought here by a tunnel through three stone gates. It is then permanently closed. Every year, this bronze door was opened only once on the occasion of the New Year to clear the grave.

3. Experience in the royal tomb

a. Where is the tomb of Minh Mang?

b. How to get to Minh Mang Tomb?

Minh Mang tomb is 18 km from Hue city to the south. To reach this place, you can travel by many different means. From the city center, you can take a dragon boat down the Perfume River where the Ta Trach and Huu Trach sources meet. If traveling by car or motorbike, you can follow Highway 49, pass Tuan Bridge and across Huong River to reach Minh Mang Tomb.

The most pleasant weather in Hue is from January to February. This is the most suitable time to visit the historic sites, the inner city as well as the tombs of the Nguyen Dynasty.

In addition, to visit the whole landscape of Minh Mang tomb and the tombs surrounding monuments, you need about 3 to 4 hours.

d. The road to enjoy nature when you visit Minh Mang tomb

Right from the first step, the tomb has brought many surprises to visitors. From outside to inside, the works in the tomb are arranged in three parallel axes. With the Shinto axis playing a central role. Right behind Hong Mon gate is a garden with a series of unique stone statues. Simulate the army and horses, war elephants are waiting for the king to see. The gate of Dai Hong Mon in the middle is the only place to welcome the king’s spirit to enter the mausoleum. Ta Hong Mon and Huu Hong Mon are decorated with delicate dragon carvings.

Next is Ho Tram Minh with three stone bridges across. It looks like green lungs in the middle of the mausoleum. Like the Gate of Hongmen, the bridge in the middle is also dedicated to carrying the king’s spirit.

Then, continue the journey to explore the tomb at Dien Sung An. Possessing exquisite interior carvings and domes. At the end of the journey, return to the garden, enjoy a fresh and pure air among the green trees.

Through many ups and downs of history, Tomb of King Minh Mang Hue still stands majestically in the heart of the Imperial Capital. Therefore, the Tomb of Minh Mang will be a valuable traditional cultural asset of Nguyen Dynasty’s history forever.

You can view more articles about traveling to Vietnam and explore more famous places in Hue such as Hue imperial city and Tu Duc tomb. 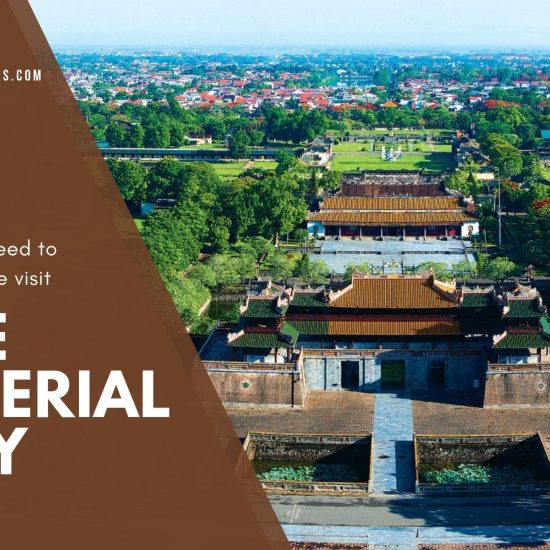 Hue Imperial City - What you need to know before visiting

Tu Duc Tomb - The impressive construction of the Nguyen Dynasty 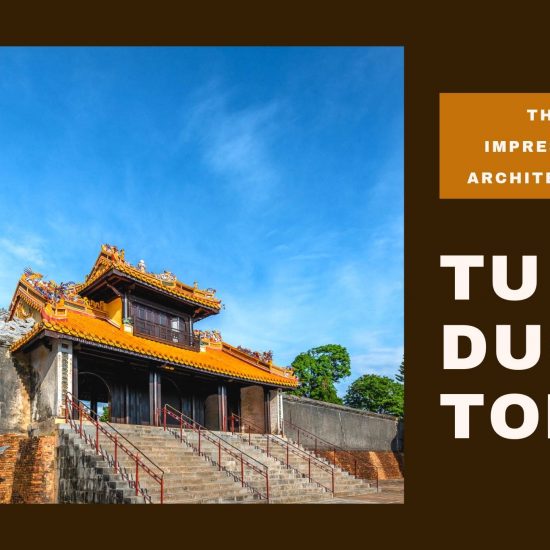