Myanmar Tour Packages 12 Days 11 Nights. On this latest Myanmar tour, you will discover the best places in Yangon, Bagan, Mandalay and Inle Lake, while you also get to rest and relax on the best beach in Myanmar on the Bay of Bengal in the Indian Ocean.

Myanmar (or Burma) is the sleeping dragon of Southeast Asia. Political and economic reforms will have created a new impetus to increase the tourism sector of the nation. Myanmar is the cool new place for savvy travelers who want to be the first to discover new destinations. Of course, Myanmar has attracted travelers for decades thanks to its abundant forests, rich wildlife, ancient cities and fascinating culture.

Myanmar is known as the Land of the Million Temples because the main destinations in Myanmar, Yangon, Mandalay, and Bagan are home to thousands of golden temples and treasured pagodas.

Yangon is the capital of Myanmar, is located in the southern region and spread across three rivers. Mandalay is the cultural/historical heart of Myanmar and home to thousands of cultural memorials, including Buddhist monasteries and stunning palaces. Myanmar’s archaeological crown belongs to sparkling Bagan. Founded as a kingdom in 1044, Bagan is home to thousands of temples, pagodas, stupas, and ruins, making it one of the richest archaeological sites in Southeast Asia

Heho is home to Inle Lake and a visit is like traveling back in time. Over 7,000 people from different ethnic groups live in small villages and towns bordering the lake. Their way of life has changed little over the years and fisherman still row boats with one leg while standing on the other. It is amazing! Although tourism has started to creep its way into village life, the lake still offers a serene escape from the hectic pace of life found elsewhere in Asia.

Ngapali’s beaches are a premier destination in Myanmar for holidaymakers who want to be the first to discover unspoiled white sands and coconut groves as far as the eye can see.

Upon arrival at Yangon International Airport, you will be welcomed by your tour guide and transferred to your hotel for check-in. After that, you will visit Sule, City Hall, and the High Court (noted for its British colonial architecture including its clock tower and its red-bricked exterior). You’ll then visit Chauk Htat Gyi Pagoda, which is famous for its huge image of a reclining Buddha and which was built in 1966 to replace the old image built in1907. You can also visit Botataung Pagoda, in which is enshrined with the sacred hair of the Lord Buddha. In the early evening, you’ll visit the famous Shwedagon Pagoda and see its massive bell-shaped golden spires, plated with 60 tons of gold and the stupa inset with diamonds, rubies, sapphires, and topaz. You will stay overnight in Yangon.

After breakfast at the hotel, you will visit Lawka Chanthar, home to the world’s biggest marble Buddha and royal white elephant.  On the way, you’ll stop at the Naga Cave monastic school, where you can learn about the Myanmar monastic education system .You will also have the option to visit Kandawgyi Lake and surrounding areas, which offer numerous photo opportunities. In the early evening, you will visit Strand jetty to witness the daily life of the local people and Yangon River, which offers a remarkable atmosphere with spectacular colors and photo opportunities. Next, you will go shopping at the Bogyoke market (formerly "Scott market") where you can get a wide range of Myanmar handicrafts, jewelry, fabrics, and lacquerware.  Time permitting, your guide will bring you to the famous MK gems shop, where high-quality gems are displayed in eight different decorated showrooms. This is just one example of why Myanmar is the world number one producer of precious stones.

After breakfast, you will head to Bagan and upon arrival begin sightseeing at Nyaung Oo Market. Next will be Shwezigone Pagoda (in which the Frontlet Relic of Buddha was enshrined), Gubyaukgyi Temple (noted for its wall paintings), Htilominlo Pagoda (one of the largest temples of Bagan and noted for its fine plaster carvings), Ananda Okkyaung (a brick monastery with 18th Century mural paintings) and Dhammayangyi Pagoda (extending approximately 255 feet on each of its four sides)

After lunch, you will visit a local family workshop to watch the production process of lacquer ware, one of Myanmar’s best-known handicrafts. Then you will continue on to Thatbyinnyu Pagoda (Bagan's tallest temple at almost 217 ft) and Nanpaya temple (a unique sandstone monument). Then you’ll enjoy the breathtaking sunset from Shwesandaw Pagoda, the most popular sunset-viewing spot in Bagan. You will stay overnight in Bagan.

After breakfast, continue your visit to Nathan Kiang (the only remaining Hindu temple in Bagan), Myazedi Pagoda, Nagayon Pagoda (which was built at the end of the 11th Century and which resembles the Indian temples of the area of Orissa) and Abeyatanar Pagoda (famous for paintings that cover the inner walls). You will have lunch at local restaurant and then visit Nga-kywe-na-daung Pagoda, Manuha Temple (considered one of the earliest temples in Bagan) and Mingalarzedi Pagoda (noted for its fine proportions and for the many beautiful jataka tiles around its three square terraces). You will stay overnight in Bagan.

After an early morning transfer to the airport, you will fly to Mandalay. Upon arrival, you will have an excursion to Amarapura, which means “City of Immortality” and which was founded in 1783 AD. You will also visit Mahaganthayon monastery, the largest teaching monastery in Myanmar where, daily at around 10:30 a.m., about 700 monks queue up for their last meal on this day. Then you will enjoy the great serenity of U Bein wooden Bridge, constructed in 1849. You will also visit Taung- ta-man Lake, before visiting the Mahar Myat Muni Buddha image, which is the most ancient bronze-cast Buddha in Myanmar. You will also see the reconstructed Mya Nan San Kyaw Palace and Kuthodaw Pagoda often called the world's largest book because it is home to a set of 729 huge stone slabs on which the Buddhist scriptures are inscribed.

You will finish the tour by visiting Mandalay Hill, the natural watch-tower for visitors to watch the sunrise or sunset over the city plains. You will have an overnight stay in Mandalay.

After breakfast, you will set out from Mandalay to visit Sagaing Hill, where over 600 monasteries for monks and nuns are located. You will also see Umin Thonze (or “Thirty Caves”) Pagoda (which has many Buddha images in a crescent-shaped colonnade), Ywahtaung Village (where you can see silver workers producing bowls and other items by traditional methods) and the impressive Soon Oo Pon Nya Shin Pagoda. After that, you will take a private boat to Mingun (which is famous for its huge and incomplete Pahtodawgyi Pagoda, built by King Bodaw Badon in 1791) and Mingun Bell, which is the biggest hanging bell in the world. Then head over to the handicraft workshops to see bronze sculpting, gold leaf beating and marble stone carving before an overnight stay in Mandalay.

After breakfast, you will fly to Heho and then drive to Pindaya. You will visit Pindaya Cave, which is a huge cavern where thousands of Buddha images in various sizes and shapes have been placed since the 11th Century. You will have dinner and an overnight stay at your hotel in Pindaya.

After breakfast, you will drive to Inle Lake and enjoy a boat ride for the whole day. Your sightseeing will start with a visit to the Phaungdawoo Pagoda, which houses five small Buddha images. The temple is also home to an annual festival, usually held during the month of October and which is the biggest occasion held in the Inlet Lake. The next must-see stop is Nag Phi Chaung Monastery, an attractive wooden monastery built on stilts over the lake at the end of the 1850s and where you can see the popular jumping cats leap through the hoops. You also have an option to see the Padaung or “Copper Neck” hill tribe. Your tour will continue with a visit to local shops, specializing in silk, lotus, and traditional ironwork. Time permitting, you can visit a Shan papermaking facility, before an overnight stay at your hotel.

You will have breakfast at the hotel and transfer to the airport for a short flight to Ngapali Beach for a 3-night stay. The area contains many small islands that can be visited on day trips. This unspoiled beach, stretching over 3 km with blue sea, has white sand and swaying palm trees, and is only a 35-minute flight from Yangon or 1 hour from Heho. The best time to experience the beaches in Myanmar is from Oct to May.

After breakfast at your resort, you are free to enjoy the beach. Among the beaches, Ngapali Beach is the most well-known destination in Myanmar for holidaymakers who want to be the first to discover a remarkably pristine environment.

Enjoy your holiday with a late breakfast and a free day in Ngapali. During your leisure time, you might want to try a round at the 18-hole golf course which is about 15 minutes from the beach. You may also cycle to villages, swim/snorkel/scuba dive, sail, kayak, and feast on lobster and prawn by candlelight as the sun sinks lazily into the Bay of Bengal on the Indian Ocean.

There are no activities planned for today. You enjoy your free time until being transferred to the airport for your onward flight. 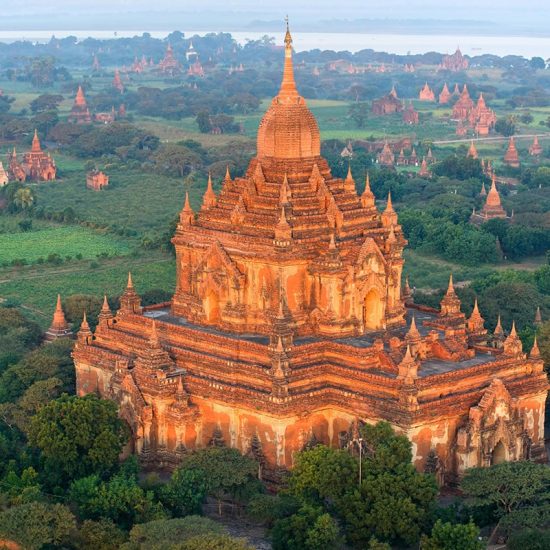 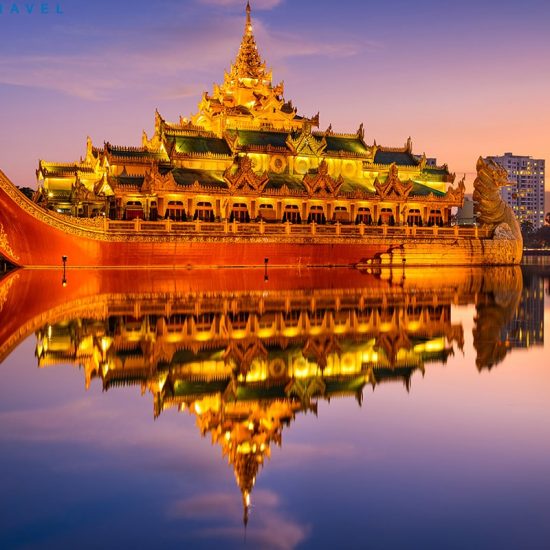 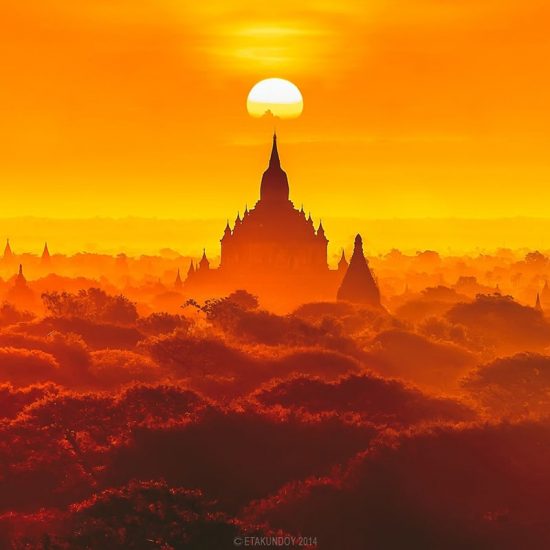 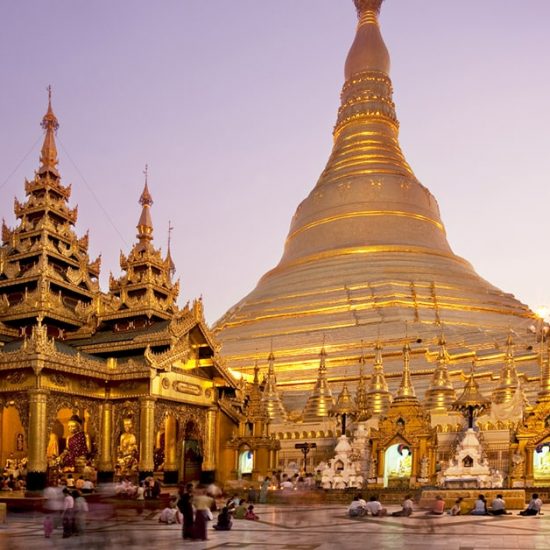 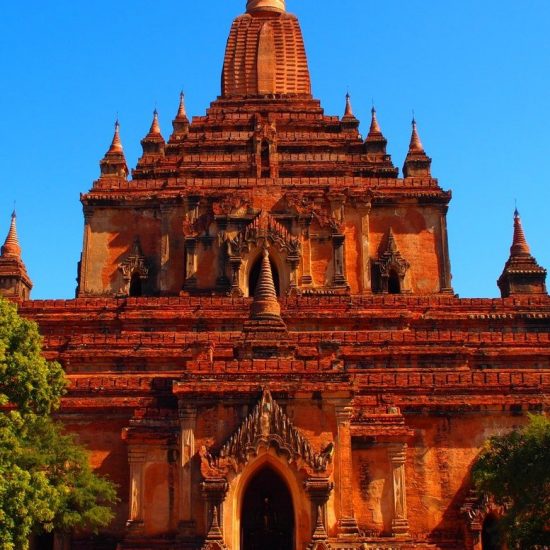 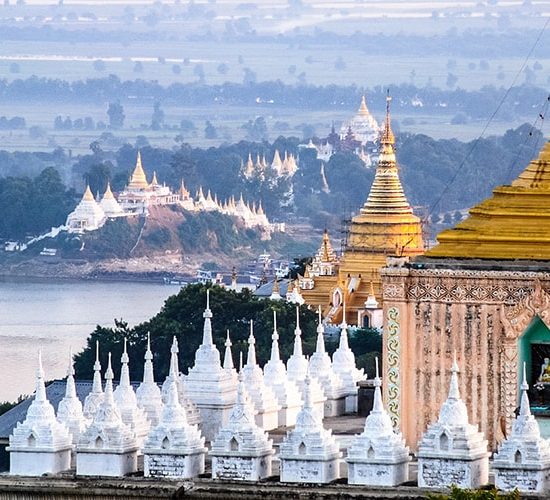 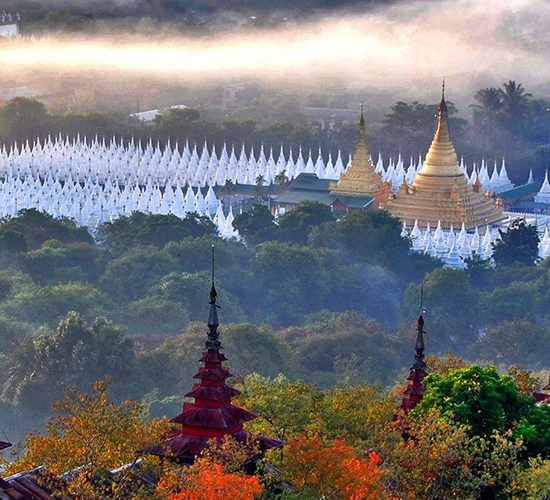 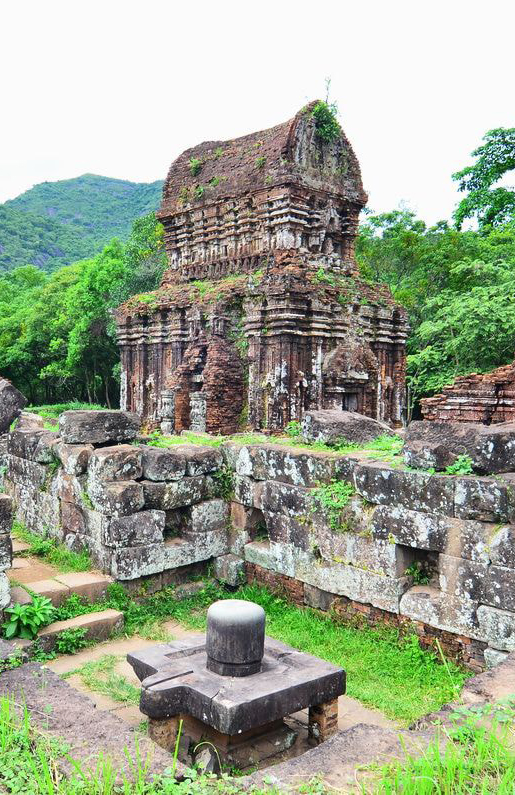 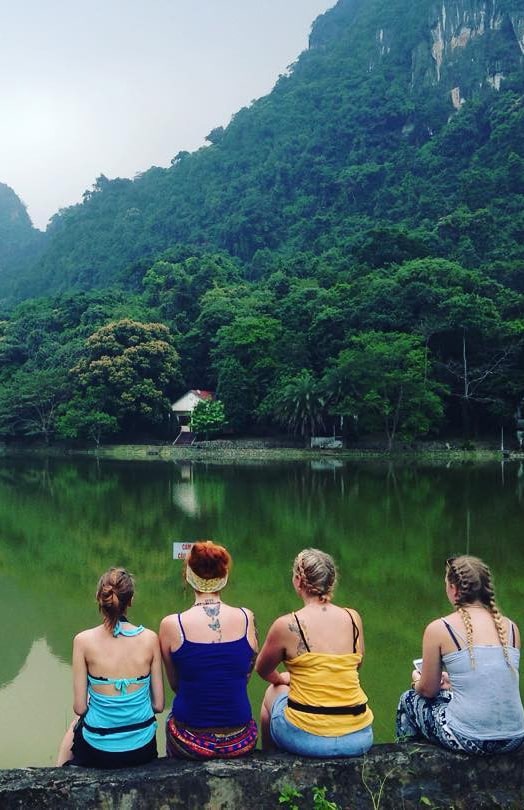 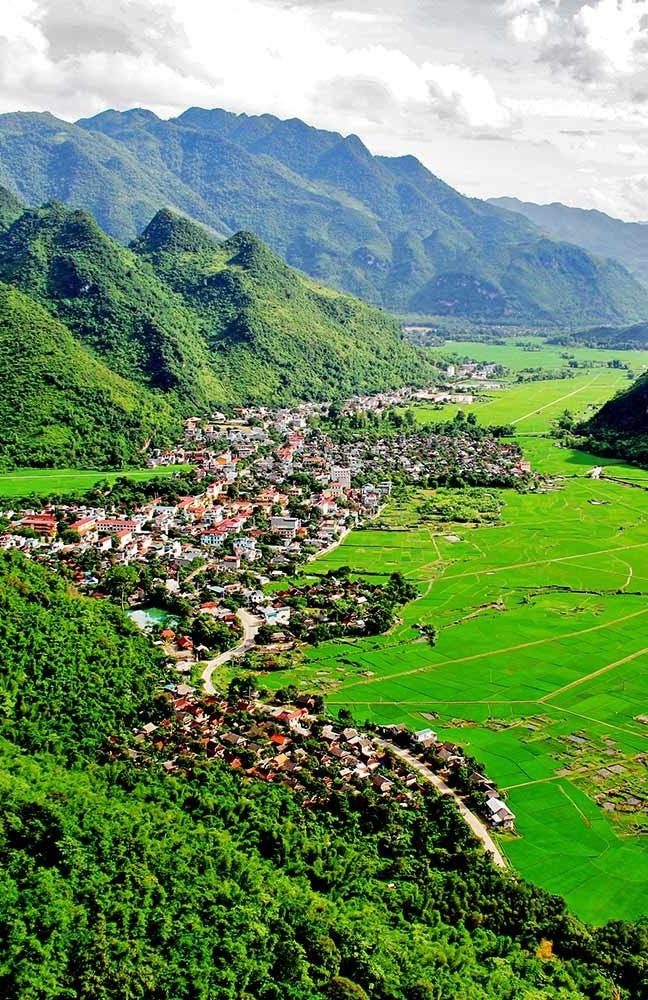 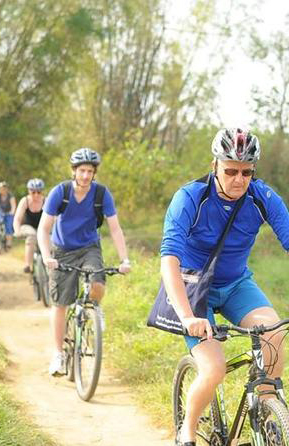 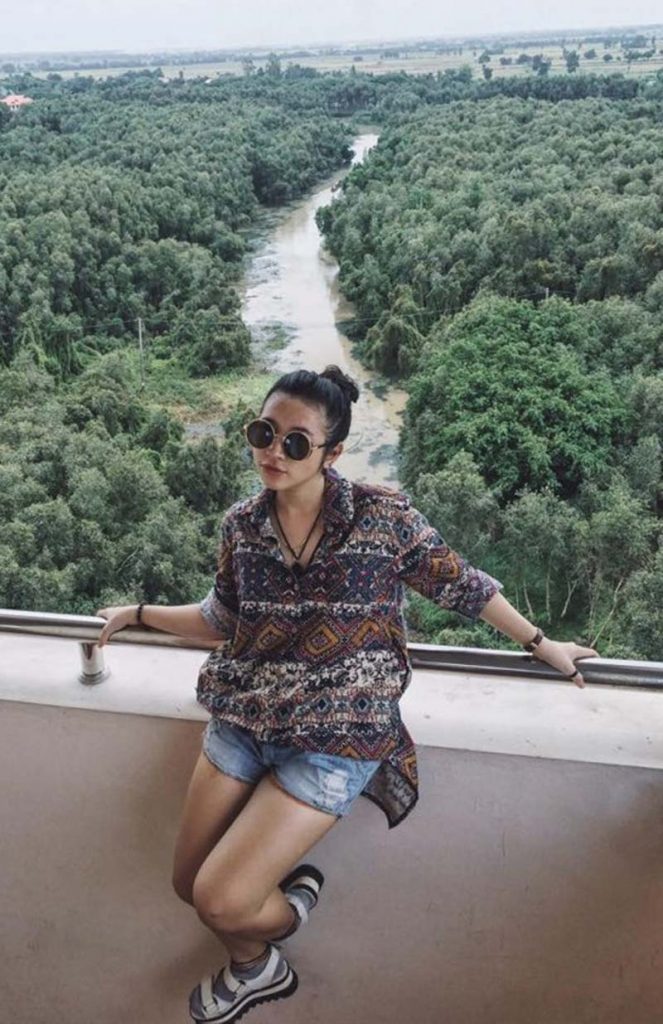 Mekong Delta Floating Market - Can Tho 2... 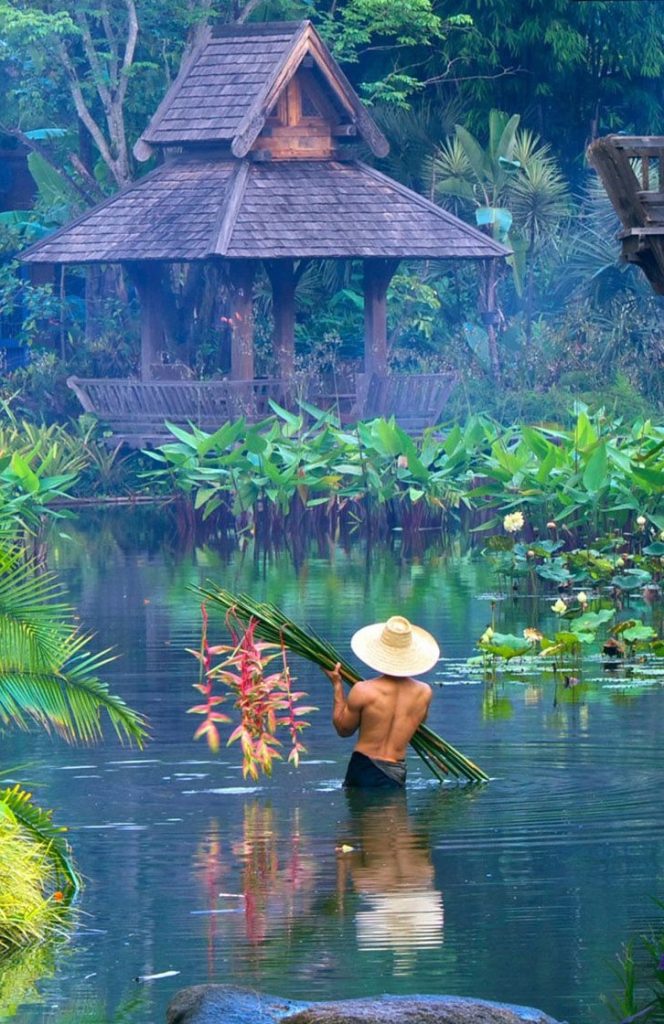 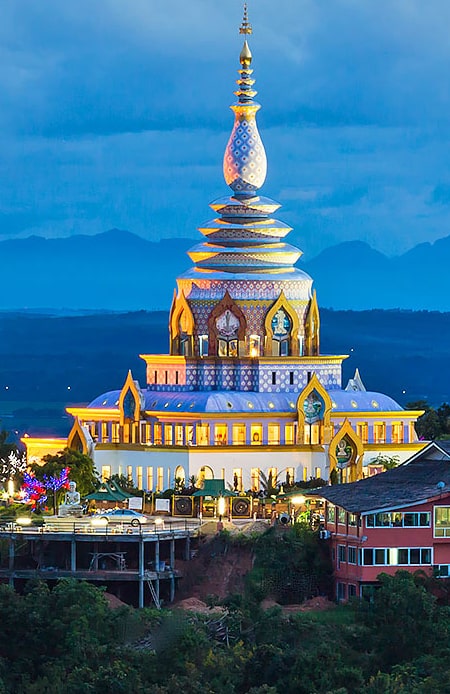 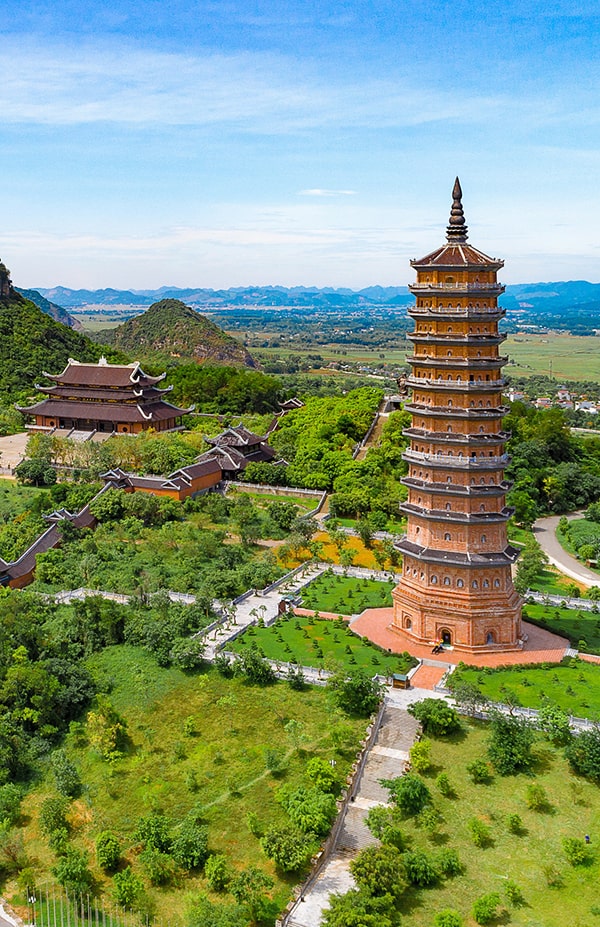 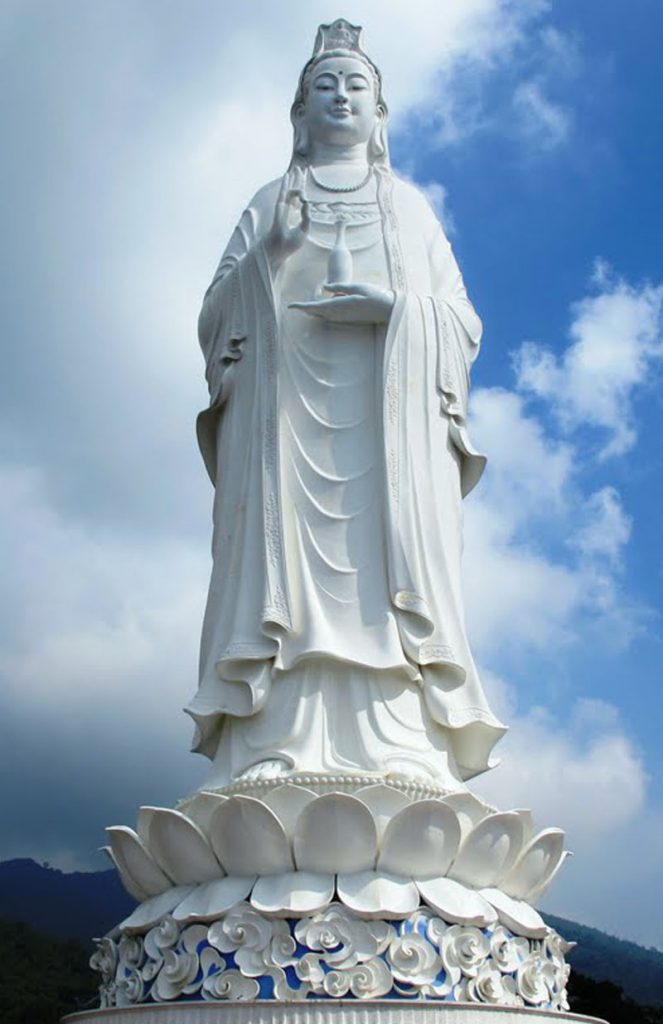 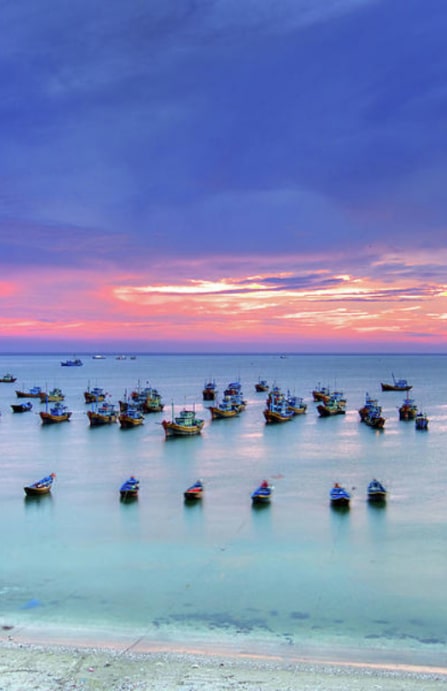 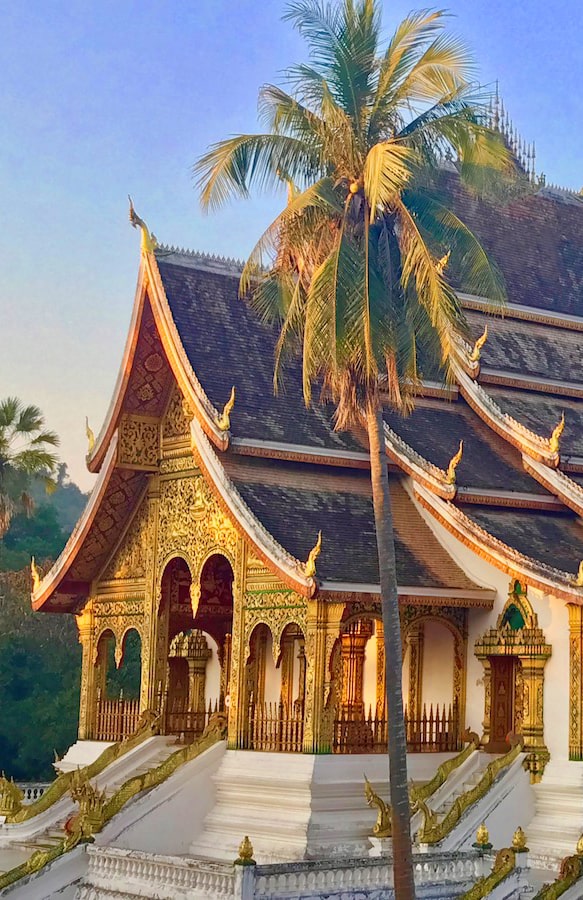 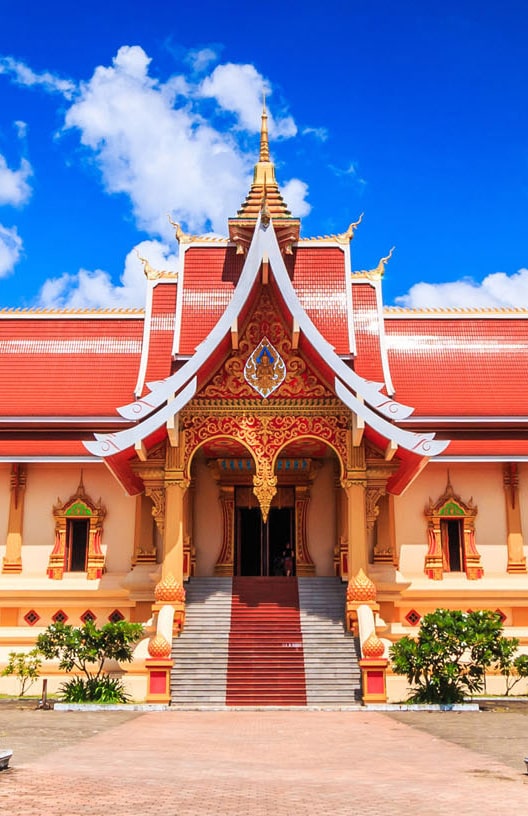