Dalat is an alternative Vietnam: the weather is spring-like instead of tropical hot, the town is dotted with elegant French-colonial villas rather than stark socialist architecture, and the surrounding farms cultivate strawberries, coffee and flowers in place of rice.

The French came first, fleeing the heat of Saigon for average daily temperatures that hover between 15°C and 24°C. They left behind their holiday homes and a European resort vibe, which the Vietnamese have added to with their own unique, sometimes kitsch touches. Whether it’s the Eiffel Tower–shaped radio tower, the horse-drawn carriages or the colourful heart-shaped cut-outs at the Valley of Love, this is a town that takes romance seriously. Dalat is Vietnam’s honeymoon capital and extremely popular with domestic tourists.

For foreign visitors, the moderate climate has made Dalat the adventure-sports capital of southern Vietnam, with canyoning, mountain biking, white-water rafting and treks into the surrounding hills all available.

Worth a Trip: Waterfalls Around Dalat

Dalat’s waterfalls are at their gushing best in the wet season but still flow when it’s dry. Most tend to focus on commerce rather than nature – Prenn and Cam Ly Falls are two to avoid.

An uneven and sometimes hazardous path heads down to Elephant Falls, which are best seen from below. The falls are near Nam Ban village, 30km west of Dalat.

Datanla Falls are 7km southeast of Dalat off Hwy 20. It’s a nice walk through the rainforest and a steep hike downhill to the falls. You can also take a fun bobsled-rollercoaster ride down (and back up) a winding elevated track. On weekends expect crowds and loud music.

Dambri Falls, 75km from Dalat, are the tallest falls (90m) in the area – walking down to feel the spray from the bottom is divine. You can take the elevator-like vertical cable car back up.

Adventure outfits offer trekking, mountain biking, kayaking, canyoning and abseiling, as well as trips to the coast. Compare prices, but make sure that you’re comfortable with all the equipment and safety procedures.

Dalat’s restaurants offer everything from noodles to traditional highland food and an increasing number of decent international choices. The city has a wealth of vegetables. Look out for fantastic avocado ice cream and shakes.

Toasted rice-paper banh trang nuong ‘Dalat pizza’ can be found on many street corners. It’s tasty, although some people prefer it without the (cream) cheese.

Coffee houses are everywhere here. Dalat wine can be found all over town (and elsewhere in Vietnam). The reds are pleasantly light, while the whites tend to be heavy on the oak. Dalat has a limited but energetic night scene with bars clustering together on Ð Truong Cong Dinh, as well as a number of live-music venues.

There’s a good selection of Vietnamese coffee in Dalat; check out the shops in and around the Central Market. While there, join the other visitors caught out by the nighttime nip in the air and pick up a cheap new or vintage jacket.

Home to hill tribes for centuries, ‘Da Lat’ means ‘river of the Lat tribe’ in their language. The city was established in 1912 and quickly became fashionable with Europeans – at one point during the French-colonial period, some 20% of Dalat’s population was foreign, and grand villas remain scattered around the city.

During the American War, Dalat was spared by the tacit agreement of all parties concerned. Indeed, it seems that while South Vietnamese soldiers were being trained at the city’s military academy and affluent officials of the Saigon regime were relaxing in their villas, Viet Cong cadres were doing the same thing not far away (also in villas). On 3 April 1975 Dalat fell to the North without a fight.

The hilly terrain makes it sweaty work getting around Dalat. Several hotels rent out bicycles (100,000d per day) and some provide them free to guests. Cycling tours are available.

Daily rentals (with driver) start at US$50.

For short trips around town (around 20,000d), xe om drivers can be found around the Central Market area. Motorbike hire starts at 120,000d per day.

There are regular flights with Vietnam Airlines, VietJet Air and Jetstar, including five daily to Ho Chi Minh City (45 minutes), four daily to Hanoi (1¾ hours) and four flights a week to Danang (1¼ hours).

The Vietnam Airlines bus between Lien Khuong Airport and Dalat (40,000d, 40 minutes) is timed around flights. It leaves from in front of the Ngoc Phat Hotel at 10 Ð Ho Tung Mau two hours before each departure; your lodgings can organise to have it pick you up (though most rarely advertise this service), so include an extra 30-minute buffer to pick everybody else up too!

Hwy 27 to Buon Ma Thuot is scenic but pot-holed in places. A major new road is being built between Dalat and Buon Ma Thuot that bypasses the airport. 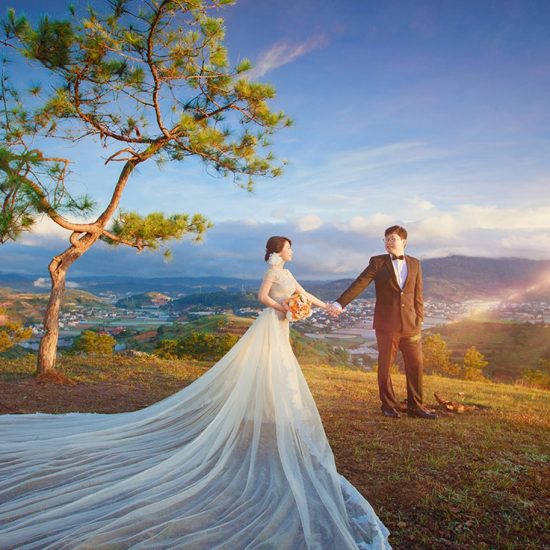 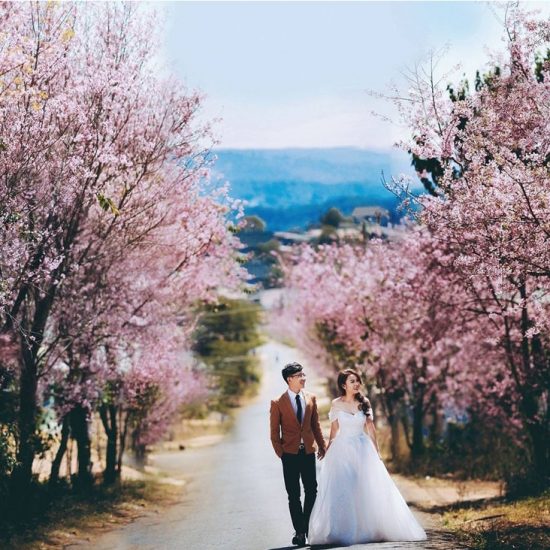 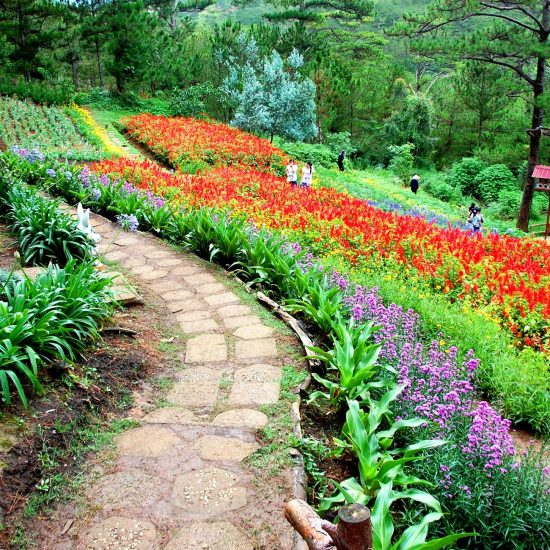 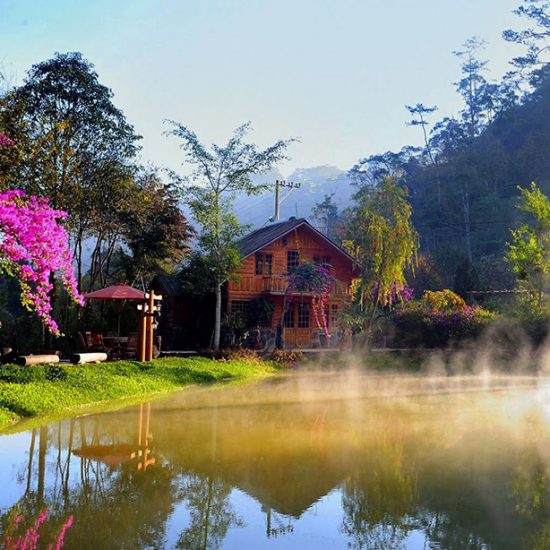