Fringed with white-sand beaches and with large tracts still cloaked in dense tropical jungle, Phu Quoc rapidly morphed from a sleepy island backwater to a must-visit beach escape for Western expats and sun-seeking tourists. Beyond the resorts lining Long Beach, rapid development beginning on the east coast and mega resorts in sight of Sao Beach, there’s still ample room for exploration and escaping the sometimes littered waters. Dive the reefs, kayak in the bays, eat up the back-road kilometres on a motorbike or just lounge on the beach, followed by a massage and a fresh seafood dinner.

Phu Quoc is not really part of the Mekong Delta and its rice production; the most famous, and valuable, crop is black pepper. Yet the islanders here have traditionally earned their living from the sea, and its claim to fame across Vietnam is the production of high-quality fish sauce (nuoc mam).

Although Nha Trang is arguably the best all-round dive destination in Vietnam, there’s plenty of underwater action around Phu Quoc, but only during the dry months (from November to May). Two fun dives cost from US$70 to US$90 depending on the location and operator; four-day PADI Open Water courses hover between US$340 and US$380; snorkelling trips are US$30 to US$35.

There are several places to rent kayaks along Sao Beach, and its protected, fairly calm waters make for a smooth ride. In addition to locals who hire out boats, you can ask at the beachside restaurants. The going rate is about 80,000d per hour.

Accommodation prices yo-yo depending on the season and visitor numbers. Variations are more extreme than anywhere else in Vietnam, and tend to affect budget and midrange places the most. Some places treble their prices in the December to January peak season, when bookings are crucial. Overall, you’ll get less for your money than you’d expect for the price. Staying a short taxi ride from Duong Dong is convenient for nightlife.

Some hotels provide free transport to and from the airport; enquire when making a booking.

Rockier than Long Beach, Ong Lang, 7km north of Duong Dong, has the advantage of being substantially less crowded and, hence, feels much more like a tropical-island escape. Because of its relative isolation, expect to spend most of your time in and around your resort – although most places can arrange bike or motorbike hire to get you out and about. Definitely book ahead.

Local peppercorns and cobia fish are specialities. Many resorts have excellent restaurants with sunset views. Guests at remote resorts like Ong Lan Beach tend to eat in. Duong Dong town has the night market, seafood restaurants and best range of options without the markup. Try local seafood restaurants in Ham Ninh fishing village, along the pier at the end of the main road.

The epicentre of Long Beach nightlife is at Rory’s Beach Bar. If you don’t want a drink but just some town buzz, Duong Dong’s night market is where it’s at.

The tear-shaped island lies in the Gulf of Thailand, 45km west of Ha Tien and 15km south of the coast of Cambodia. It’s no lightweight: at 48km long (with an area of 574 sq km), Phu Quoc is Vietnam’s largest island – about the same size as Singapore. It’s also politically contentious: Phu Quoc is claimed by Cambodia who call it Koh Tral, which explains why the Vietnamese have built a substantial military base covering much of the northern end of the island. It was only granted to Vietnam by the French in 1949, as part of the formal annexation of the Mekong Delta.

Despite development (an international airport, five-star hotels, a golf course, new roads and a planned ‘casino eco-tourism resort project’), much of this island is still protected since becoming a national park in 2001. Phu Quoc National Park covers close to 70% of the island, an area of 31,422 hectares. Rubbish is a problem on many beaches though, and resorts tend to clean up just their own stretches of shoreline. With massive development in recent years, now is a good time to see Phu Quoc Island before it loses some of its backwater charm.

Phu Quoc Island served as a base for the French missionary Pigneau de Behaine during the 1760s and 1780s. Prince Nguyen Anh, who later became Emperor Gia Long, was sheltered here by Behaine when he was being hunted by the Tay Son rebels.

Being a relatively remote and forested island (and an economically marginal area of Vietnam), Phu Quoc was useful to the French-colonial administration as a prison.

The Americans took over where the French left off and housed about 40,000 VC prisoners here. The island’s main penal colony, which is still in use today, was known as the Coconut Tree Prison (Nha Lao Cay Dua) and is near An Thoi town. Though it’s considered a historic site, plans to open a museum here have stalled.

Bicycle rentals are available through most lodgings from 70,000d per day, though depending on where you are, long stretches of open highway may not be pleasant to cycle on in the heat.

Motorbikes can be hired from most hotels and bungalows for around 120,000d (semi-automatic) to 150,000d (automatic) per day. Inspect cheaper bikes thoroughly before setting out.

A good paved road now runs south from Duong Dong to An Thoi, the southern tip of the island including a new road right to Sao beach, and north as far as Cape Ganh Dau, the northwest tip of Phu Quoc. A two-lane highway connects Duong Dong with the car-ferry port, but other roads tend to be dirt and gravel, potholed and bumpy.

Mai Linh is a reliable operator. From Duong Dong it costs about 25,000d to the bars of Long Beach; 160,000d to the coast after the airport; and 250,000d to Bai Vong Ferry Terminal. By the time you read this, the island’s own taxi booking app, PQRide, should also be up and running.

Demand can be high in peak season, so book ahead. Among the services are daily flights to Can Tho (50 minutes), three daily to Hanoi (2½ hours), 15 daily to HCMC (one hour), daily flights in season to Rach Gia (30 minutes), four flights per week to Haiphong (two hours), and two flights per week to Singapore (1¾ hours). International direct flights keep being added and include Guangzhou (China) and Bangkok (Thailand); by the time you read this there should also be chartered flights from Italy, Germany and the UK.

To & From Phu Quoc International Airport

Fast boats connect Phu Quoc to both Ha Tien (1½ hours) and Rach Gia (2½ hours). Phu Quoc travel agents have the most up-to-date schedules and can book tickets. Five virtually identical operators, including Duong Dong Express and Superdong run fast boats from Rach Gia to Phu Quoc’s Bai Vong on the east coast, most departing at 8am and making the return journey at 1pm (250,000d). Fast ferries from Ha Tien arrive at the Ham Ninh port, just north of Bai Vong. Seas can be rough between June and September. During peak season, fast ferries run extra trips between Ha Tien and Phu Quoc.

From Ha Tien, two tourist car ferries run to Phu Quoc. One runs to Phu Quoc’s Da Chong port, in the northeast part of the island, with seven departures daily from 4am to 4pm from Ha Tien (3½ hours) and nine departures from 5am to 6pm from Da Chong port (185,000/80,000/700,000d per passenger/motorbike/car).

To get to the ferry terminals on the east coast of Phu Quoc, Superdong runs its own shuttle buses (30,000d) from the Superdong ticket office in Duong Dong on Ba Muoi Thang Tu near the corner with Nguyen Trai. A taxi from Duong Dong costs about 250,000d.

There are no stores at the ferry terminals, just one or two snack sellers; snacks and drinks are sold on-board the ferries. 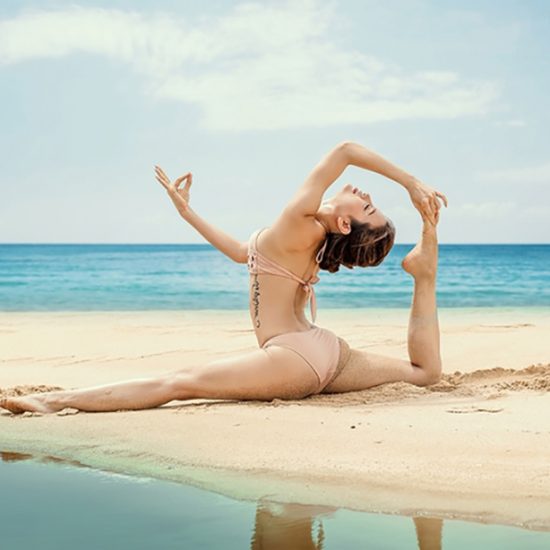 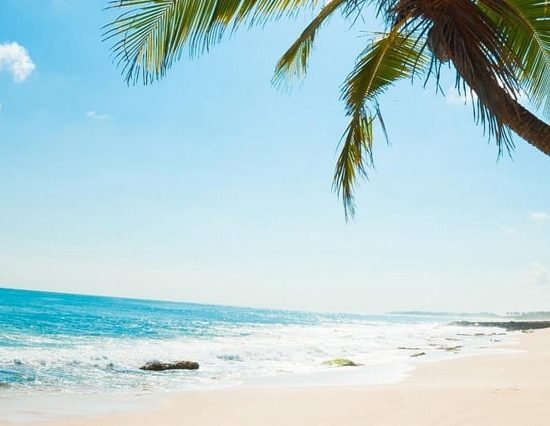 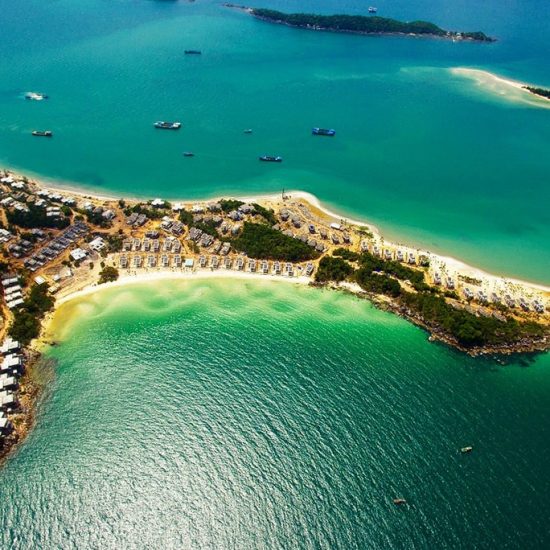 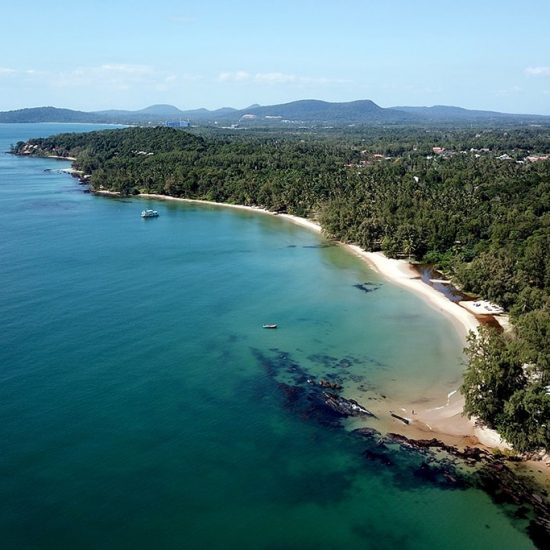 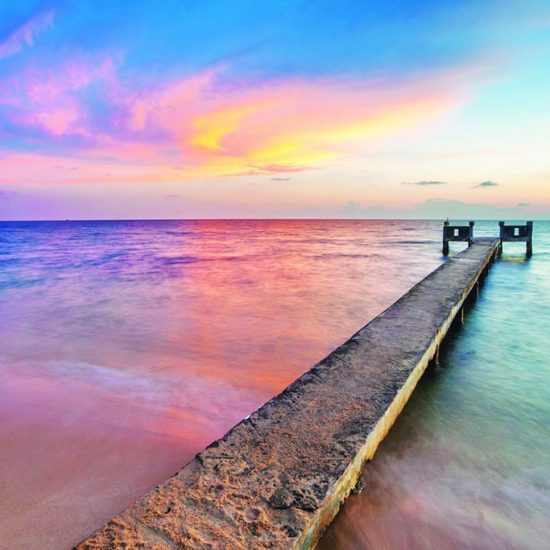 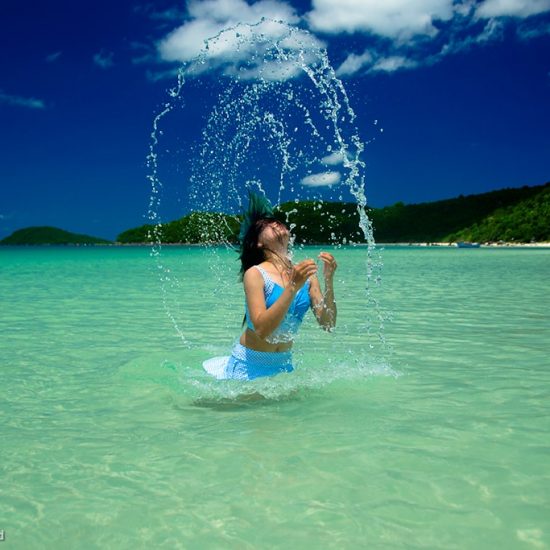 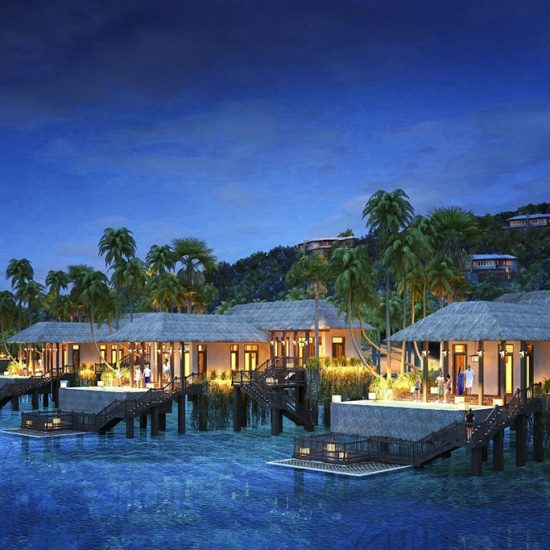 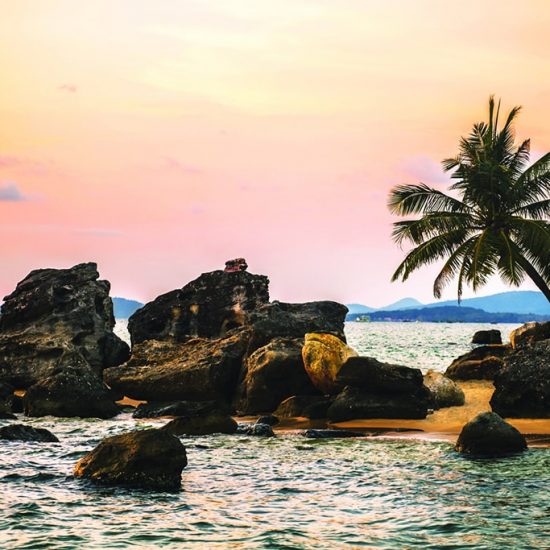 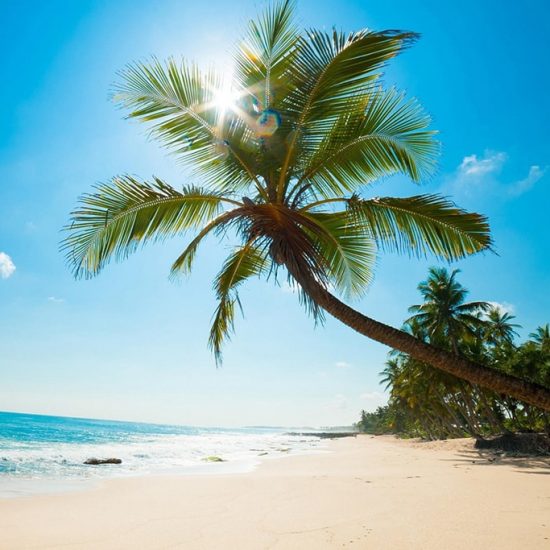 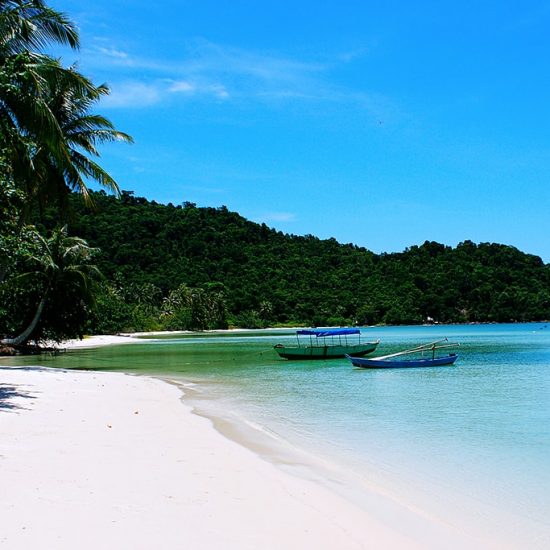 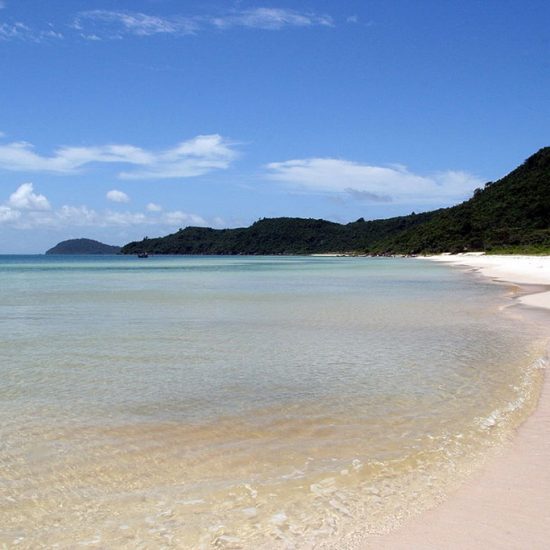 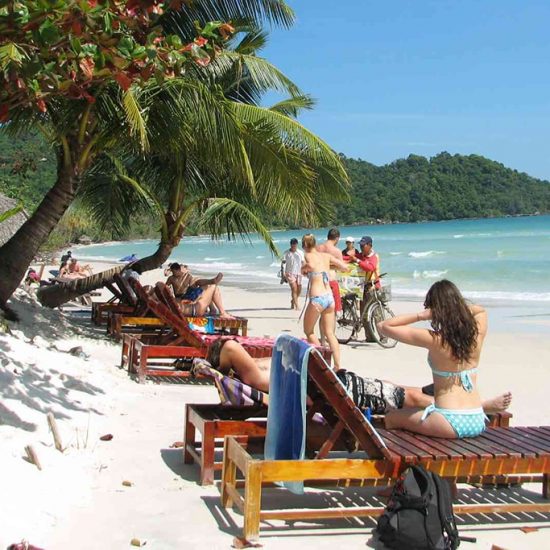 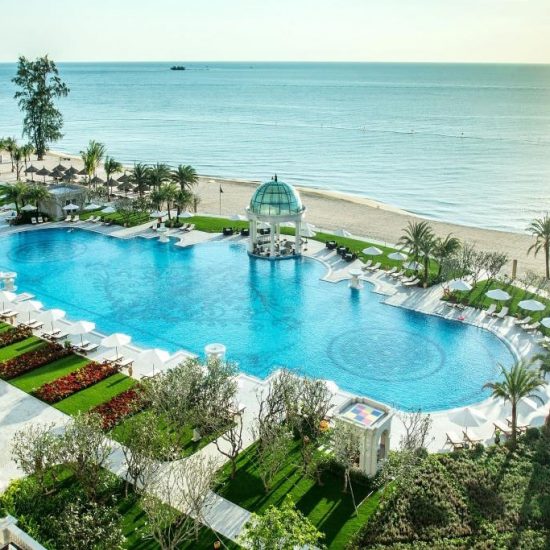 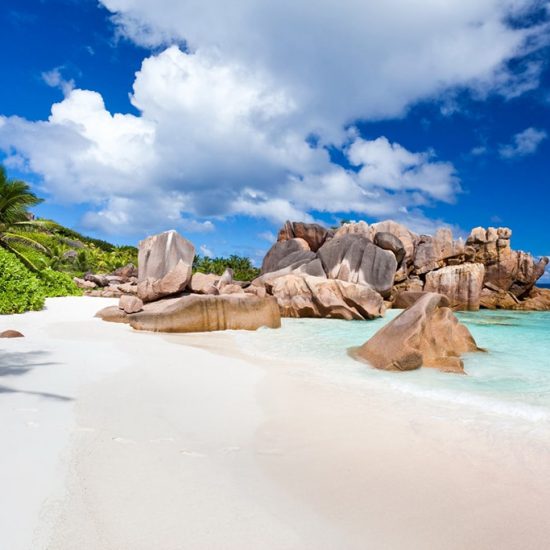 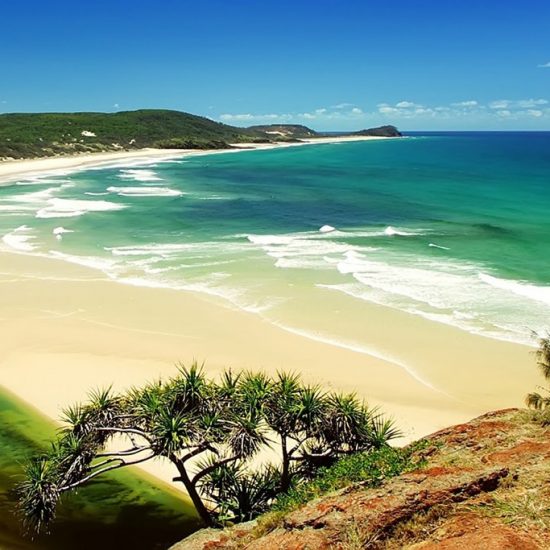 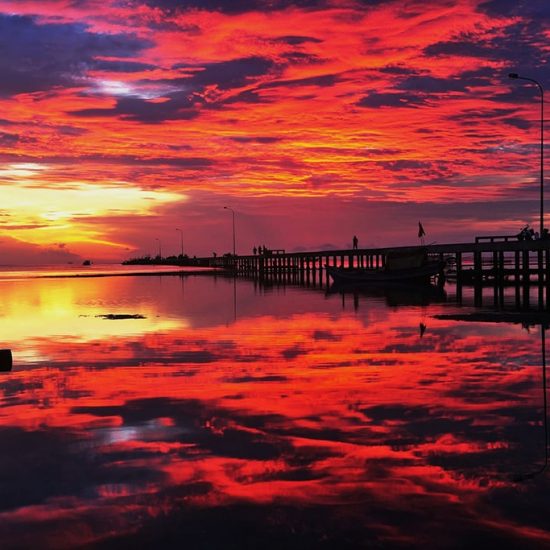 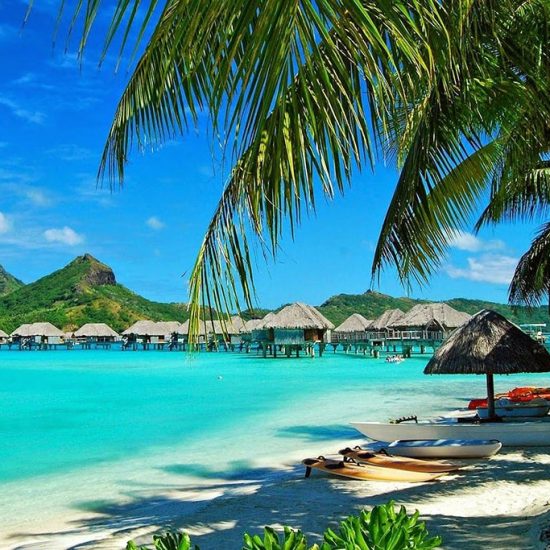 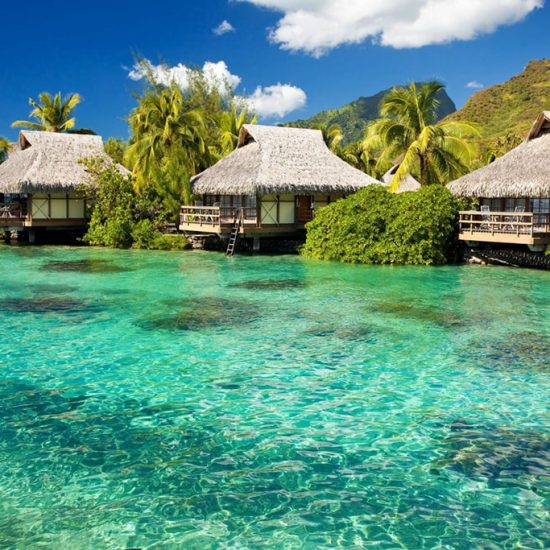 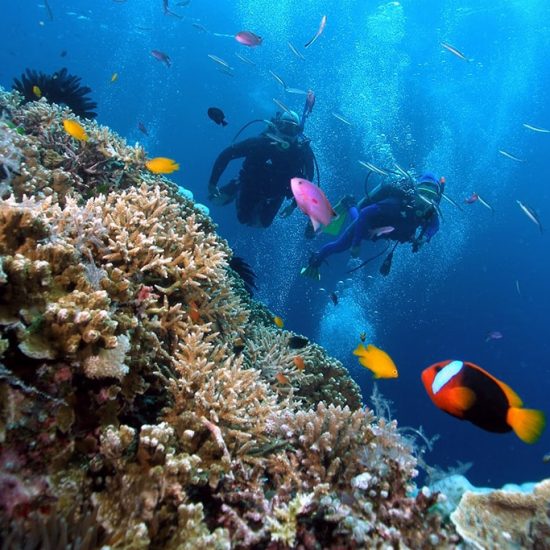 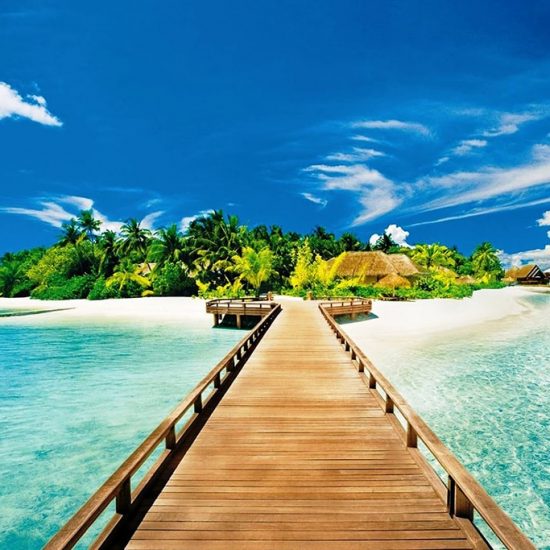 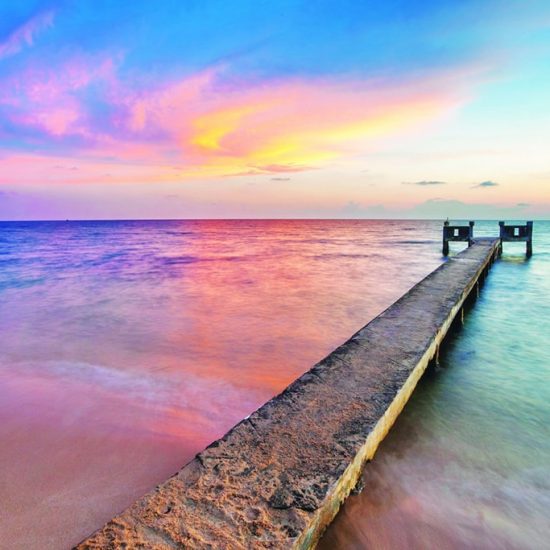